Potato, Rosemary and Black Onion Seed has been in the repertoire for at least five years. I’ve tracked it back to Dan Lepard’s “Baking With Passion”. He says that, while the recipe came from Erez Komarovshy who has a bakery in Tel Aviv, the bread is identifiably that of Baker and Spice for whom Dan was working at the time. I would say that after several years of knocking it out, this version is identifiably mine. 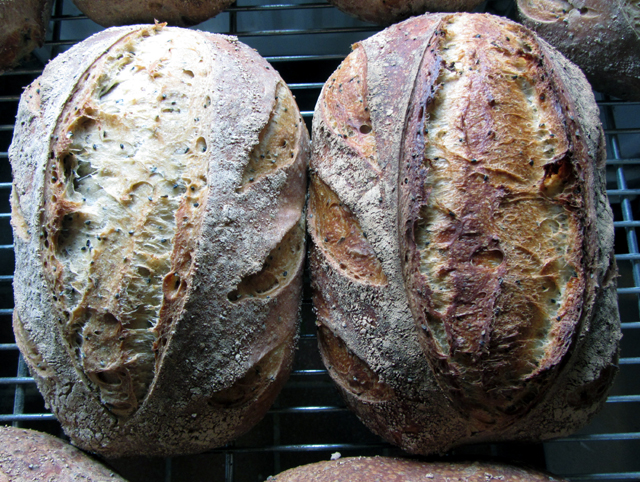 I use my regular white starter as opposed to biga acida, certainly don’t piss about with sparkling mineral water and use smash against Dan’s chopped potato.

As ever Dan’s flavour sense is spot on.