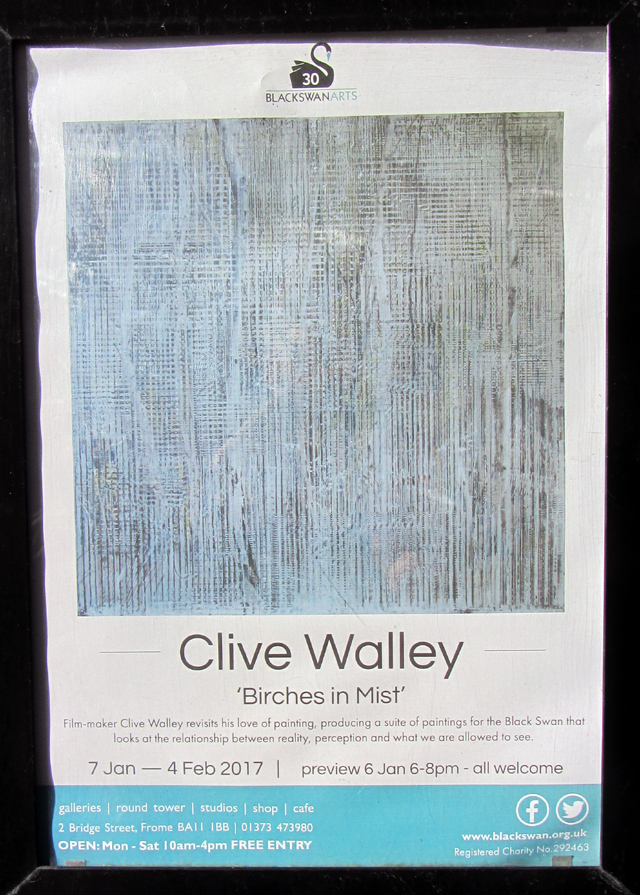 Just had a couple of days in Frome where our very good friend Clive has an exhibition at Black Swan Arts. 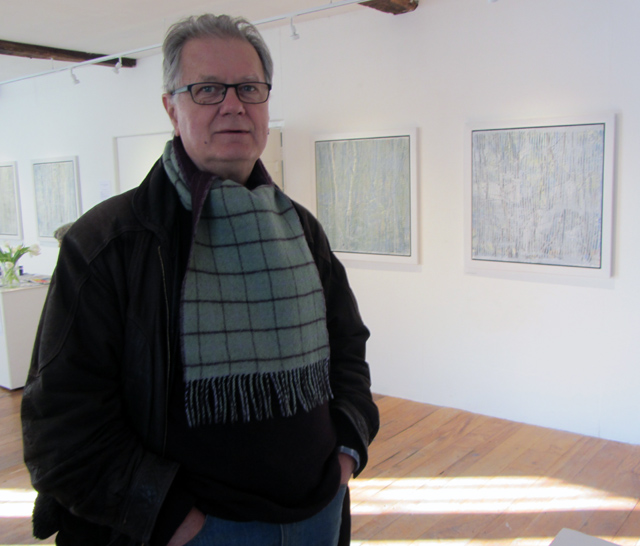 Black Swan’s website says “Ground breaking film-maker Clive Walley revisits his love of painting, producing a special suite of paintings for the Black Swan, looking at the relationship between reality, perception and what we are allowed to see.” But after spending an hour with Clive in his studio I would have said it was rather more complicated than that. It’s more a fascinating series of experiments looking at what happens when you attempt what should be impossible – combining the traditional painting which contains perspective with the modern approach of treating the canvas as a flat surface. So, at its most basic, there is the traditional landscape of the birch forest with the flat surface of the mist which is actually a grid or series of grids which determine how much of the trees can be seen.

I shouldn’t be trying to describe art – I am a very ignorant person. Just take it from me that these are beautiful and thought provoking pictures and the cumulative effect of seeing a room full of them is strange and fascinating.

Fantastic weekend with Clive and Aine and a privilege to have himself and a guide.