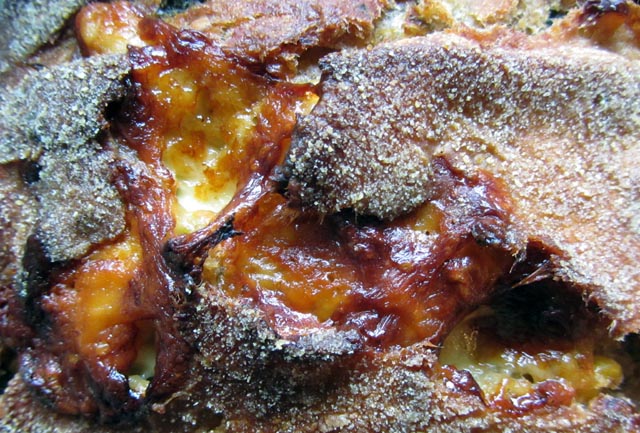 Stick that in your spreadsheet calculator. If its citizens can negotiate a recipe like this one it’s not surprising America is the most powerful nation on Earth.

So your first task is to convert the recipe into grams. When you’ve done that, convert it to sourdough.

Chef Gert said he was cooking New Orleans this week and when I asked what he had in mind he had a think and said “chile”. I wasn’t feeling terribly inspired but, rereading one of my favourite bread books, “The Cheese Board Collective Works” on the train to Birmingham I came across their Corn Onion Cheddar Bread. No it doesn’t contain chile but I thought it would go well in the mix.

I know I shouldn’t do it but I often bake an untested recipe for sale. I reduced the amount of cheese and substituted (for five large loaves) two jars of jalapenos (200g) and a scotch bonnet, spring onions for yellow onion and treacle for molasses. “Don’t be alarmed by the stickiness of the dough” the book warned. But to achieve anything vaguely alarming I had to add an additional 700g liquid – could be my maths, who knows. 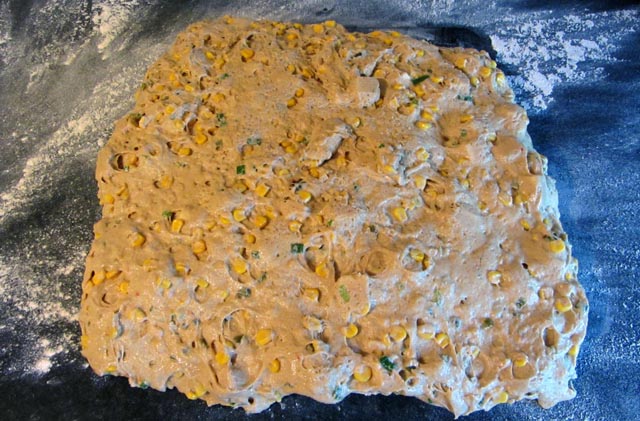 I can’t say it looked or felt promising until it came out of the oven. 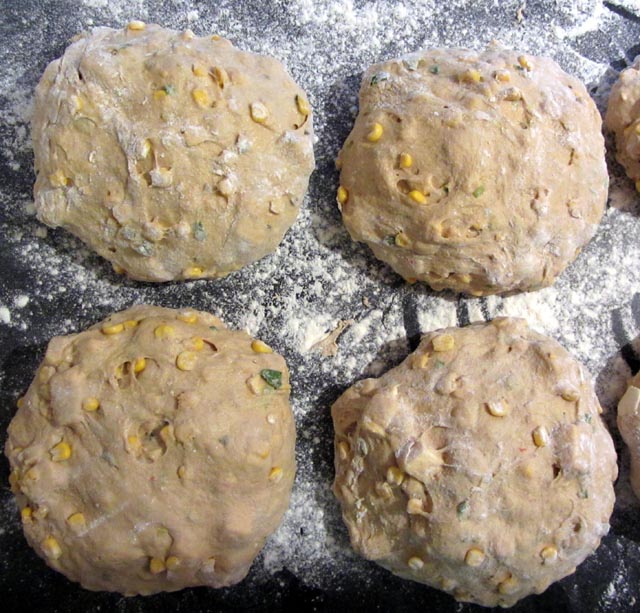 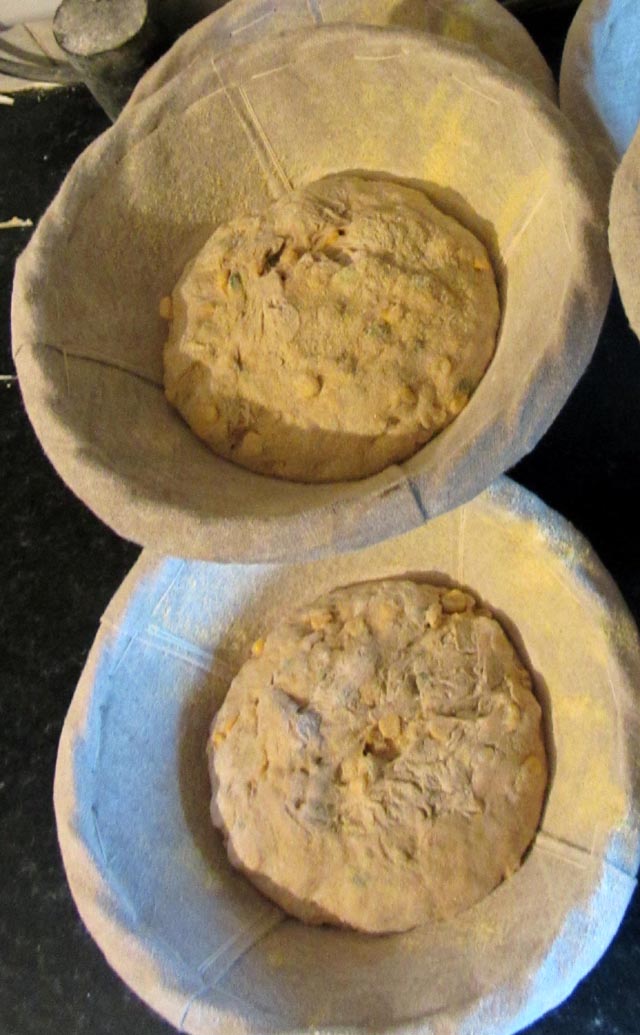 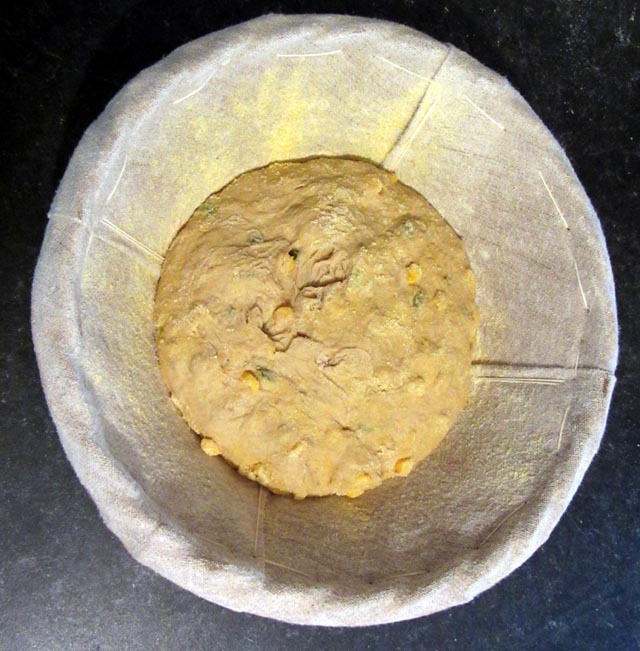 Before and after proving. Can you see much difference? 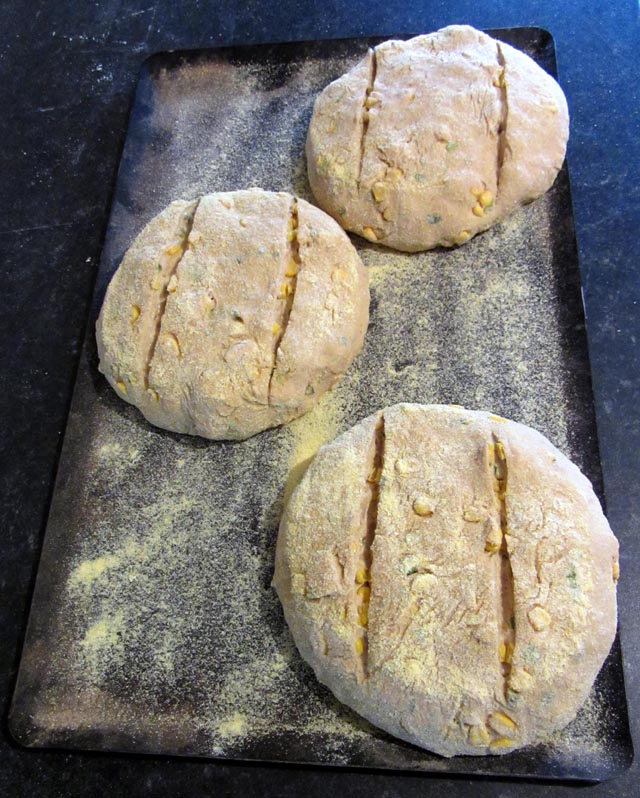 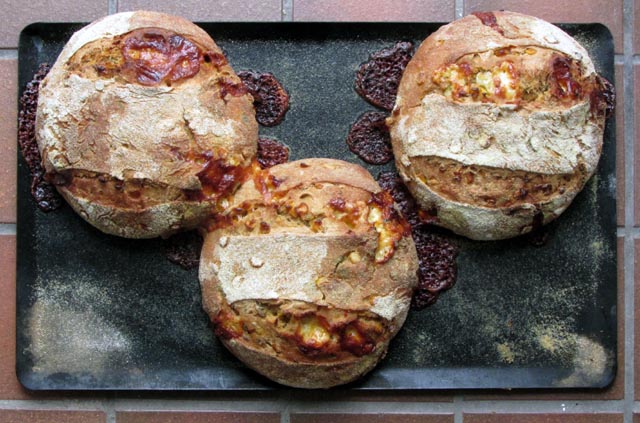 Really messy but noticeably bread. And the flavour …… . I’m reduced to licking my lips. 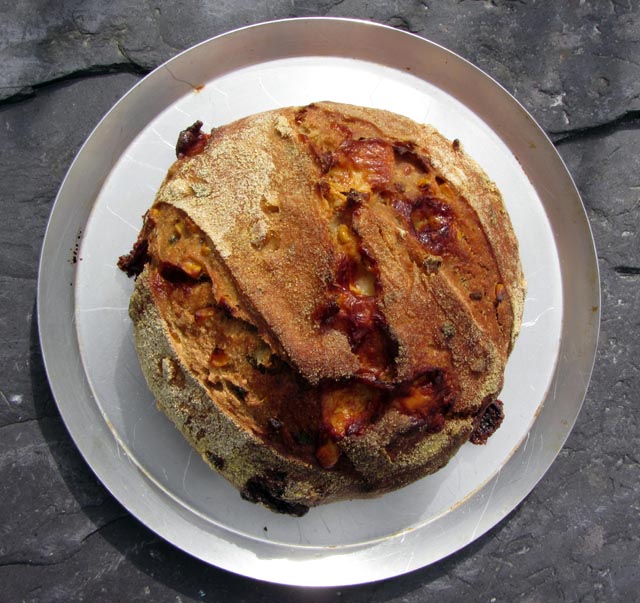