This week the Christmas bread was the absolutely fabulous Christopsomo recipe that was given to me about three years ago by Klimentini, one of our Greek customers (OK, we only have two and they’re married). It’s her family’s recipe and so heavily spiced that the Customs were smashing up the breads her brother was sending to her for Christmas because they thought the smell was to disguise OTHER SUBSTANCES. As I have said before, converting a formula in which the only liquid is olive oil to sourdough was a bit of a challenge. The first year I was a bit reverential, the second year a little more pragmatic and this year we have placed the recipe in a bank-vault for safekeeping
As a contrast, the flatbread was Gareth’s eternal Cherry Tomato Focaccia and the regular my own multigrain. 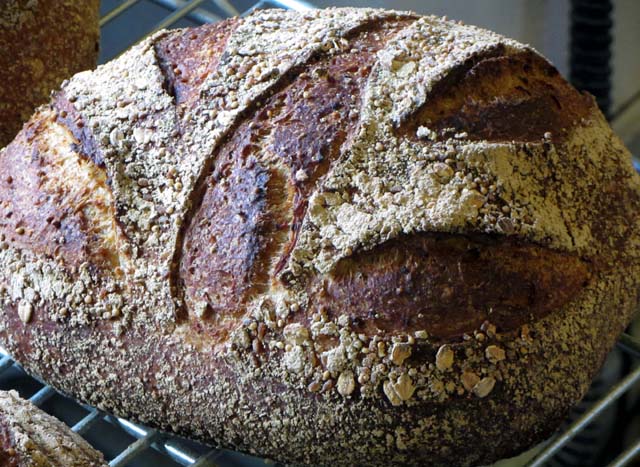