Tomorrow Marcus is arriving to do the two-day, individual microbakery course. As guest baker he is invited to submit a sourdough recipe to be the weekly special – and he has sent his Wheat Beer & Red Onion Bread formula which you can find on his blog here.

We have been busy with it already – Gert from Caernarfon’s Oren Restaurant has ordered five large ones for today. I sneaked in one for us and it smells fantastic even if wheat beer is cripplingly expensive.

People are often asking about slashing dough and here is an interesting illustration of what could be beyond your control. The six loaves below where all slashed in the same way – a single lengthwise slash, just offset from the centre line and at an angle to the centre. The only difference is they were baked on two shelves. Which ones do you think were on the top shelf? 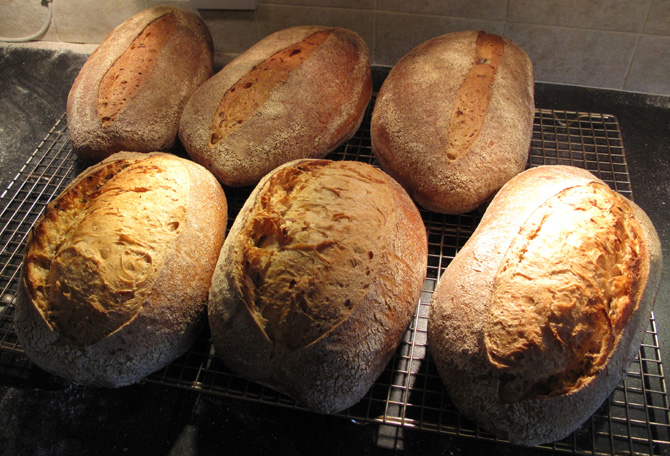 The ones at the back.