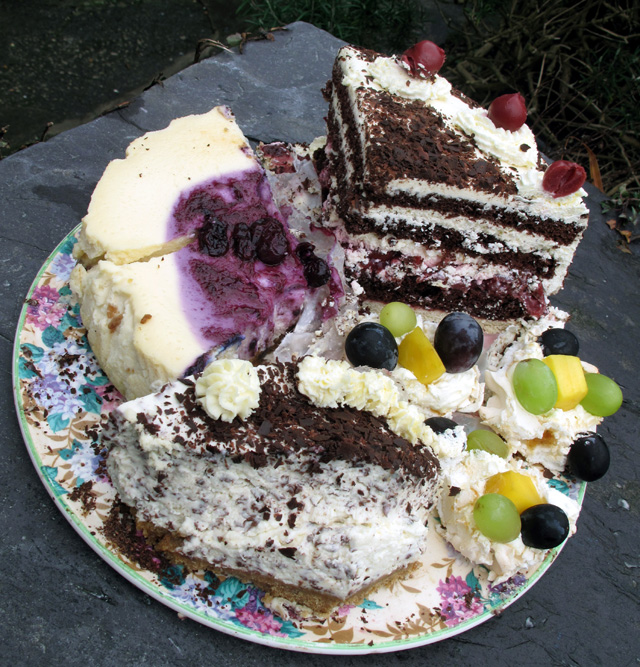 The Wreckage – all that was left the following day.

The day before the wreckage was my 70th Birthday Party otherwise know as Bethesdabrunchin’. That’s the trouble with bakers – you invite a load of them from all round the country for a Sunday afternoon and bugger me if they don’t all turn up. It was Bethesdabakin’ without the bakin’.

Except for me. Birthday boy was up at 6.00 a.m. baking rustic bread rolls and a couple of 2K focacce. The rolls were supposed to be 50g but I can’t do arithmatic at that time of the morning so they came out at 100g – 40 of them. 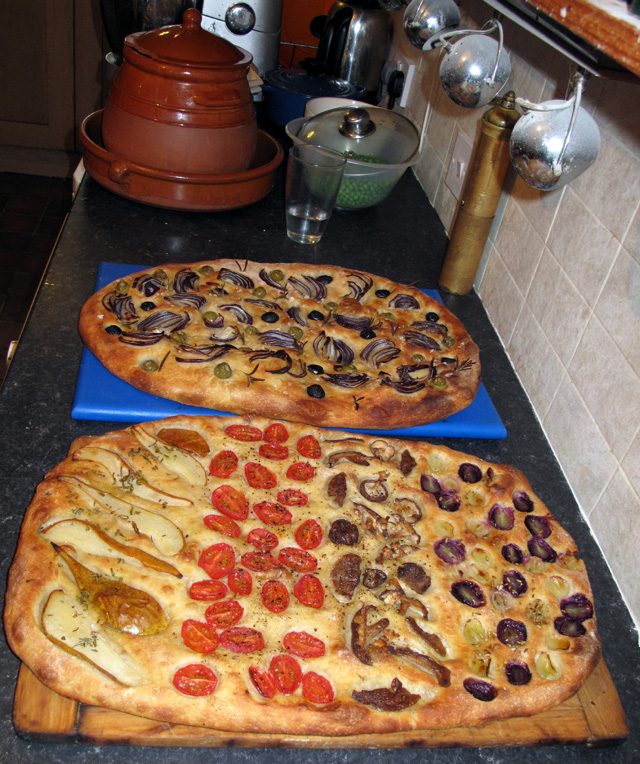 At the back, rosemary, olive and red onion. At the front, pear & rosemary, cherry tomato, shiitake & garlic, red & black grape with fennel seed. Never saw a crumb of it myself.

Photographically there’s a large gap whilst Sue and I set up a production line for the gannets who hardly noticed they’d already demolished the focacce. Cast iron pan on the hob + a double flat-sided skillet on a propane burner churning out pork, vegetarian and vegan quesadillas (80+ wheat tortillas previously made) + two enchilada salsas, a bucket of frijoles refritos, rice a la Mexicana, cheese, soured cream, shredded lettuce and pickled red onions. That slowed them down a bit.

Later, of course, what they’d really came for:

a table of cakes (note Rick’s positioning – front stalls again) Sue’s mini pavlovas at the front, her pear, rosemary and spelt alongside Shaun’s cheesecake, Maggie’s cakes being passed by Sue. 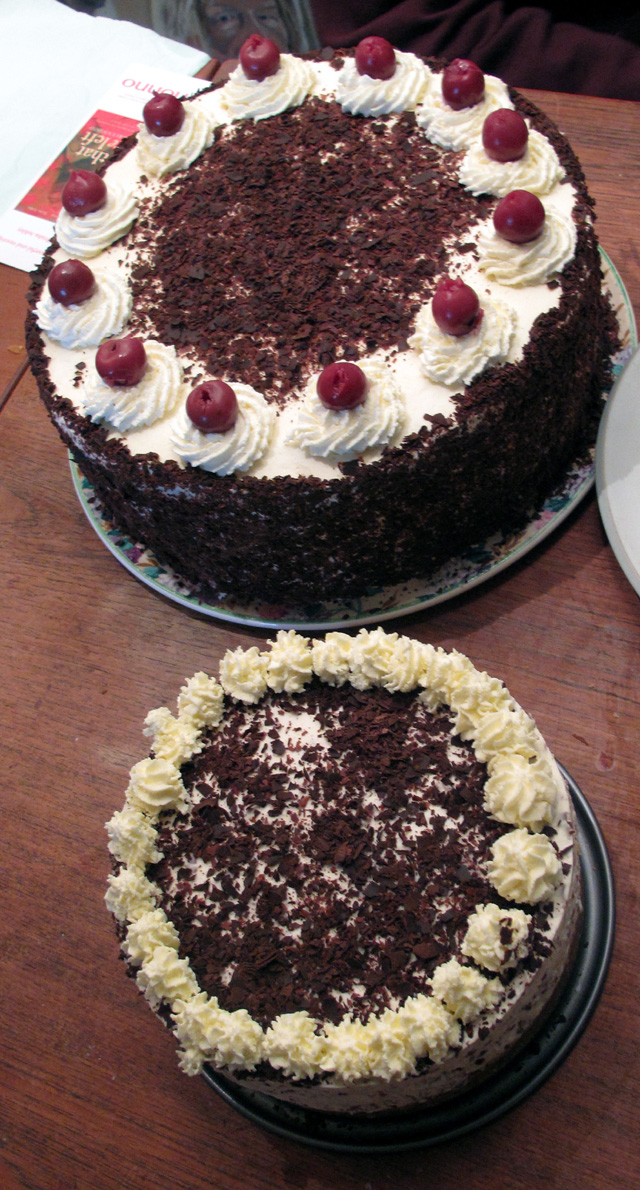 What can you say? Steffi’s amazing Schwarzwälder Kirschtorte and Shaun’s second cheesecake.